Well, that’s how I like to think of it.  September is the month that the San Francisco Chapter of American Institute of Architects puts on the nation’s largest architectural festival with showcase tours, lectures, films and more.  Really, it’s the 8th annual festival and it’s called Architecture and the City.

I think my favorite event is the home tours.  For a whole weekend, you get to step into homes designed by some of our top or up and coming architects.  You’ll see new looks and finishes, and eavesdrop on design and architect fans as they tour through as well.  You don’t know the addresses of the homes until you’ve paid for the tickets, but I’ve enjoyed the tour every time I went!  You can also sign up to do the tour by bicycle.

There’s many other tours, including walking and food tours.  Or stop by Stable Cafe for tour tickets, a walk around the collective and maybe a coffee  at the cafe as well. There’s lots of films, lectures, family and special events.

Oh, today’s column in the Chronicle written by Tracey Taylor has some sneak previews of the homes that will be featured: 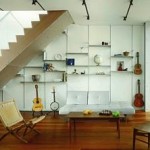 Mission District – Interstice Architects The home of architect Andrew Dunbar and landscape architect Zoee Astrakhan, husband and wife and partners at Interstice Architects, is a laboratory as much as a place to live. The 2,200-square-foot building, originally an early 20th century retail space that they bought in 2000, has been as much a place to experiment with materials and sustainable techniques as it has been an office and dwelling in which to raise two kids.

Witness the facade, a mosaic of reclaimed glass panes that acts as a modern take on traditional shingle, centered by a robust, contemporary Dutch door. The street-level open-plan interior, with its “indestructible” steel-plate floors, was used as a work space until Interstice grew too big and moved out. Now, Dunbar says, it’s where the kids let their creative juices flow, but one day it may be commandeered as a master suite.

The use of cheap thermal plastic to cover the rear facade is typical of the couple’s approach: a willingness to try unorthodox solutions, tackle the labor themselves and be sensitive to budget. (The wall cost a mere $800.) Other examples: the cast acrylic plastic used as room dividers, customized Ikea cabinets in the kitchen and living room, and the giant sliding roof above the bathroom, which allows for passive cooling and the odd drop of rain on the tile when someone forgets to close it.

What began as a remodel ended up as a new home for a multigenerational family whose roots lie in El Salvador and who were all closely involved with the home’s design. When the people at A+D Architecture took a close look at the one-story house they had been asked to rework, it was clear that a more efficient solution was to start fresh.

The two-story, 2,100-square-foot home they built offers the large living spaces, natural light and cohesive design the original home lacked, as well as two extra rooms and a garage. The absence of dry rot, fungus and termites is also a welcome change for the client.

On a modest budget, the designers managed to integrate the latest green technology, in particular by managing construction waste of the original home and using pre-assembled panels to construct the new one.

The finishing touch was a custom-made steel screen that is affixed to the facade, providing dappled shade for the interior stairwell. Inspiration for its design was found by studying Salvadoran textiles, and several family members worked on its design and creation.

Mission Walk, a total of 131 condos and townhouses in two buildings, is the first sustainable, low-market-rate housing in the Mission Bay redevelopment area. Aimed at working families that want to live close to their jobs and transit, they have been designed, says architect Richard Stacy, with the rhythm of San Francisco’s historic backstreet commercial buildings and Channel Creek houseboats in mind.

The facades steer clear of big-box uniformity. Balconies and bay window projections are arranged somewhat at random, Stacy says, to provide variety. And the occasional intense color accent on recessed balconies breaks up the muted tones of the siding and concrete plaster. Views of Mission Creek were a priority where possible, Stacy says; thus the homes closest to the waterway are set in a U shape facing the water, and there is a vista of the creek from the two-story lobby of the building farther away.

Care has been taken to integrate the buildings into Mission Bay’s master plan with its urban streetscapes, pedestrian walkways and park, and the scale of the project is livable rather than intimidating.

Inside, the one- to three-bedroom flats have above-average-height ceilings and large windows, giving them a loft-like feel. Some open onto water, others communal courtyards. A host of sustainable features has earned the project a LEED Silver Certification from the U.S. Green Building Council.

The site of this home played a big part in its design. It is on a narrow alley, straddling the line between the San Francisco grid and the organic nature of the city’s landscape, and offers views that include Pacific Heights, the Golden Gate Bridge and the hills of Marin.

The facade takes the traditional elements of a San Francisco home and gives them a sleek, contemporary interpretation. The bay window, entry, front-facing garage door and street-side roof terrace are folded into a sweep of clear-sealed mahogany panels and ledges.

Inside, all the rooms were created to take maximum advantage of the vistas, with the central living spaces bracketed by perimeter cores. Cabinetry takes the place of many of the home’s walls, providing storage, stairs and even baths.

The guesthouse was designed to blur the identity between domestic and display space. Many of its walls are given over to art and what the architects refer to as “hybridized” objects whose forms, images and scale challenge their role and relationship to the building. 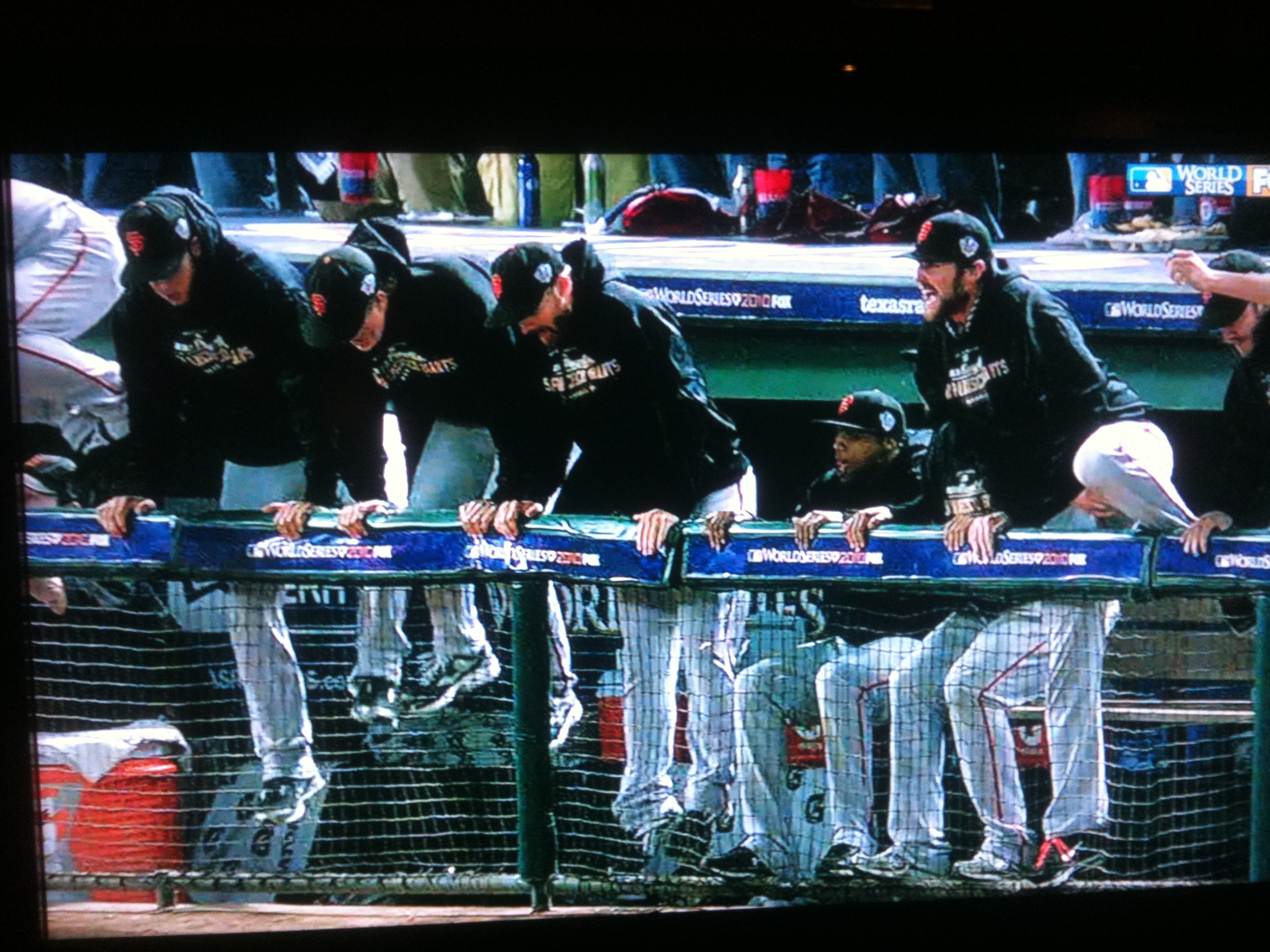 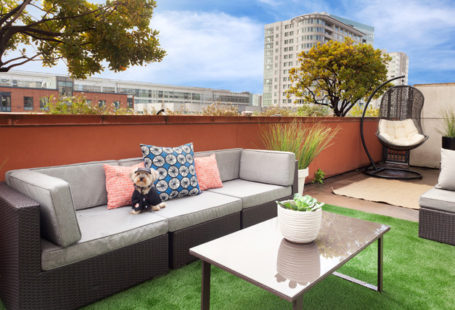 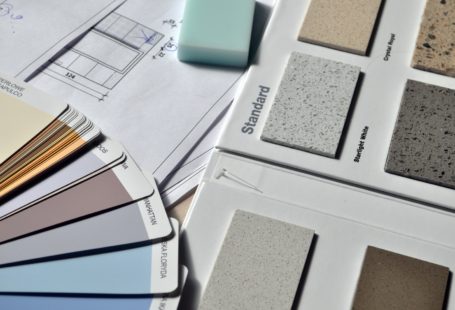