Before the City of San Francisco voted to stop burials within city limits in 1900, there were at least two dozen cemeteries in existence. While the non-Native deceased were exhumed and relocated to Colma in the following decades, there are plenty of the dead who’ve taken up permanent residence in San Francisco and made it one of the most haunted places in the country.

EscapeHere – 10 Most Haunted Cities in America:

Alcatraz Island remains the site of our country’s most famous prison. It is also popular for its paranormal activity. There have been reports of ghostly disturbances throughout the old cell blocks. The San Francisco-Oakland Bay Bridge is known to host a headless jogger that suddenly appears in the dense fog.

San Francisco is the hot travel destination these days. The San Francisco Bay has over a hundred haunted spots for you to check out during your trip. One place worth mentioning is Alcatraz, the famous maximum-security prison. Alcatraz hosted Al Capone, the famous Chicago gangster, during the final years of his life. To get to Alcatraz, you’ll need to take a ferry across San Francisco Bay. It’s definitely worth the trip to see the haunted prison.

In the 1850s, Chinese immigrants came in droves to San Francisco, seeking their fortunes in gold. But when there was no gold to be found, they couldn’t afford to return to their families in China. Most took on menial jobs and died alone with unfulfilled dreams. These souls, the wandering ghosts of America’s oldest Chinatown, are said to inhabit its alleyways today.

Haunted Experiences: Take a Chinatown Ghost Tour to roam the gambling houses, narrow streets, and dark alleys at night. Paranormal activity has also been reported in two other popular areas. The Presidio, a retired military base with a hospital and cemetery, was featured on an episode of the Syfy Channel’s Ghost Hunters. At Alcatraz, some say they’ve heard voices from within cell walls and seen figures walking through cellblocks.

Alcatraz is perhaps the most well known of San Francisco’s sites for paranormal activity but it is far from the only hotspot for ghostly encounters. Explore the map below for stories of murder, suicide, tragedy and disaster– and visits from beyond the veil.

Are you receiving my monthly San Francisco newsletter? Subscribe here.

Mad Rush from San Francisco? Not So Fast 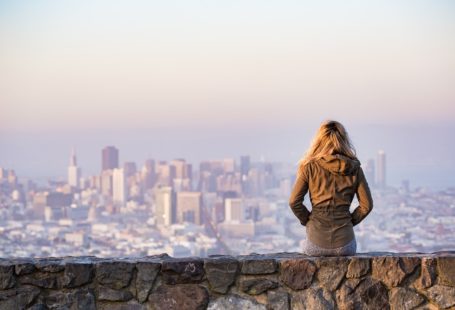