Brace yourselves. We’re in the final stretch to election day, and efforts on all sides are going to intensify. That means more junk mail, more TV and radio spots, more fights on social media, more rallies, and, on the home front, more political signs adorning the front lawn and windows. Some of them will be straightforward, while others are a little more, let’s call it colorful. But if you take offense at a particularly vulgar message in the window of the condo next to yours, do you have any recourse? Here’s what California law says about political signs and banners.

The Davis-Stirling Act protects the display of non-commercial, or political, signage. That includes signs, posters, flags, and banners. What’s more, the act doesn’t restrict the content of these signs beyond protecting public health and safety or if it’s in violation of local, state, or federal law.

But what if your neighbor’s tasteless sign is dropping an F-bomb? Can’t it be argued that a sign like that is obscene or inciting violence or negatively affecting people’s mental health? Nope. If history is any indication, a political sign like that placed in a visible part of a private residence will be considered permissible free speech in just about any court. In 1968, Paul Cohen wore a charming jacket that announced “F*** the Draft” when he went to courthouse in Los Angeles. He was convicted of disturbing the peace, which was promptly overturned when his case ultimately made it to the U.S. Supreme Court. If the highest court in the land is protecting this guy’s right to use the F-word in such an explicit way, that political sign in your neighbor’s window can expect the same.

This Too Shall Pass

In the meantime, stay off social media, stick to streaming if you turn on the TV, don’t get sucked into any online fights, and avert your eyes when you get home. And don’t forget to vote!

Everyone Needs to Know about this Free Mail Service 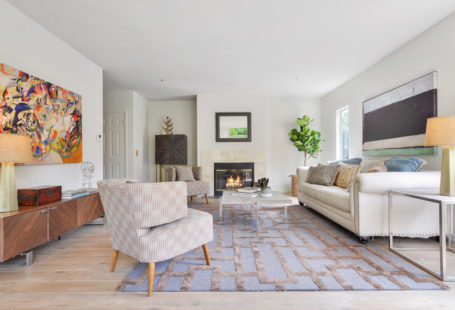